A few weeks ago I was in the Cam for a moonlight swim, with the water temperature down around 11 C (52F).  That was chilly.  The temperature then shot back up again to 13-14 C over the last couple of weeks which was much more comfy.

Tuesday saw me back in the Cam for some more night swimming at 11.2C.  It felt cold, but not too bad if I am honest.  The initial shock of diving in (at this temperature this is the favoured method of entry for me, rather than the torture of gradual immersion) was pretty harsh, and there was 5 minutes of brain-freeze, but after that it was fine.  We only did 20 minutes on Tuesday, which felt just peachy, 1200 m or so.

I am signed up for Chill Swim Windermere in February.  I expect that the temperature will be somewhere between 3 and 5 C (37-41 F) for that event, so I have a long way to go.  The distance is ‘only’ 450 m in a closed lake course (see picture), under English Channel rules, one set of swimming togs, goggles and non-insulating hat! 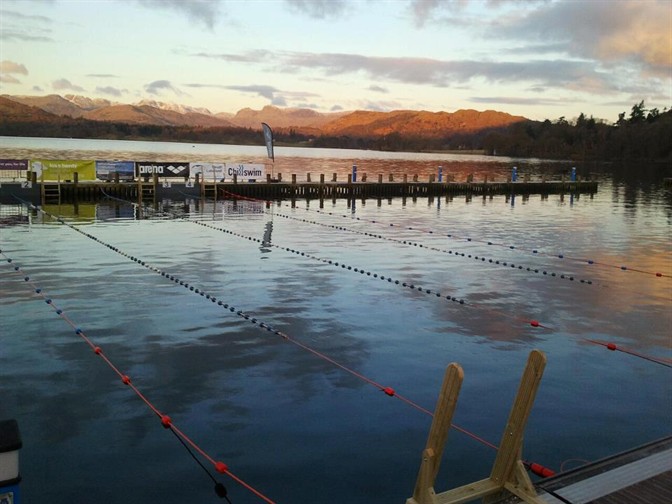